Publications in the Digital Repository 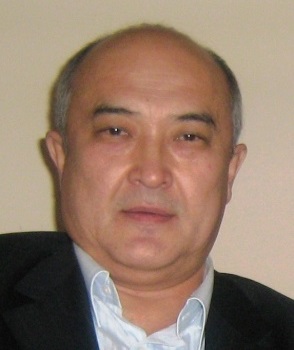 The Institute was founded in 1945. The purpose of the Institute is to conduct scientific research and other scientific, technical, experimental and design work in the field of human and animal physiology.

The largest scientific results of the Institute in recent years:

• the physiological and biochemical features of the functions of the main systems of the human and animal body under the action of various environmental factors in health and disease have been revealed. Methods of correction and prophylaxis have been developed to improve health and increase life expectancy. Physiological and biochemical studies of the health status of different age groups of the population living in different regions of Kazakhstan in terms of the ecological situation have been carried out and methods for correcting the identified violations have been developed;

• the hormonal status of the integral mother-child system was investigated and the state of cellular immunity was determined, the resistance of erythrocyte membranes of pregnant women with thyroid dysfunction was investigated;

• studied the protective properties of herbal preparations in vivo on the state of the membranes of erythrocytes and secretory cells of the mammary gland of rats in experimental hyperthyroidism;

• new data on the functioning of the lymphatic system against the background of the development of acute and chronic pancreatitis, on the state of the transport function of lymphatic vessels, contractile activity of mesenteric lymph nodes, cellular and biochemical composition of lymph and water-salt homeostasis were obtained;

• For the first time, the mechanisms of somato-visceral interaction with temperature signals have been established, which made it possible to develop a system for regulating temperature stimuli that increase a person's working capacity, reduce muscle tone in patients with impaired motor function;

• For the first time, the age dependence of the absorption of Y-radiation from the natural background radiation was established, which made it possible to assume a significant role of low-intensity Y-radiation in the aging process;

• Since this year, the Institute has been publishing a scientific and practical journal "Physiology".

A mini feed mill was created for the production of non-traditional feeds and biologically active additives based on natural compounds, antioxidants, protein-vitamin-mineral concentrates (BVMK) according to the patented technologies of our Institute.

Industrial samples of biologically active food additives based on natural and plant raw materials have been developed to increase the compensatory-adaptive mechanisms of the human body.

A comprehensive assessment of the health of the population living in various environmental conditions has been developed and implemented, health-improving, preventive, and rehabilitation measures have been introduced to increase the adaptive capabilities of a person and prolong active longevity using non-drug methods.

A non-invasive express method for assessing the functional state of the cardiovascular system has been developed and implemented. An industrial prototype of the product (going into pilot production or small-scale production) is a hypoxic breathing simulator.